Following retirement from West Midlands Police in 2011, Mark has been a Consultant with Secured by Design, Visiting Lecturer in Partnership Working at Wolverhampton University, War Crimes Investigator and both a DOCO and supervisor with British Transport Police. Since 2019 he has worked for the Police Crime Prevention Academy as a Learning and Development Co-ordinator.

Mark has a BSc (Honours) degree in Social Sciences from the Open University and an MA in Public Order from the University of Leicester. He is currently in the final stages of completing a PhD research project at Huddersfield University, investigating the sustainability of SBD and CPTED measures over the very long term (25 years) at seven inner city residential tower blocks. 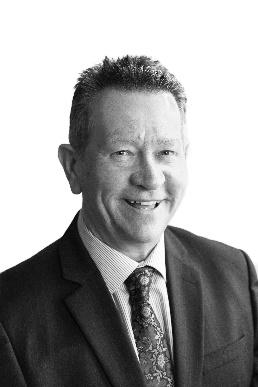 Mark left school in 1976 at the age of 16, working first as a Laboratory Technician. A year later he began his career with West Midlands Police as a Police Cadet. And in 1978 Mark was sworn in as Police Constable 6131, patrolling the streets of Solihull. Almost all of the following 14 years were devoted to front line uniform duties, much of that time as a Police Sergeant in Coventry.

Mark’s damascene conversion to the cause of crime prevention (rather than criminal justice solutions) came in 1992. As a Custody Sergeant the realisation dawned that he was booking in burglars whose fathers he had arrested or processed for the same offence less than a decade before!  Within months he applied and was selected to be the Force Architectural Liaison Officer (ALO), a role in which he continued for the next five years.

During that time Mark nurtured relationships with architects, developers, planners and housing officers to process in excess of 3,000 homes to Secured by Design award status. He worked with local authorities to develop security advice and Supplementary Planning Guidance; was the first ALO to work on the 17 year long construction of the Brindleyplace commercial, retail and leisure complex; and delivered presentations to the ALO/CPDA training courses then held at Stafford.

When he retired from the West Midlands Police in 2011 after 33 years’ service, Mark was the longest serving practitioner and manager in Crime Prevention and Designing Out Crime in the UK – and by extension, almost certainly the world.  Moreover, he left having received an unprecedented trio of Secured by Design Innovation Awards – evidence in itself of his advocacy and championing of SBD. And in July 2011 during a House of Commons debate dedicated to policing, Mark was described by Jack Dromey, MP for Birmingham Erdington as “a specialist in crime reduction and expert in Designing Out Crime with a deserved international reputation.”

Over the past decade Mark has worked as a Consultant for Secured by Design; a Visiting Lecturer in Designing Out Crime, Partnership Working and Problem Solving at Wolverhampton University; a war crimes investigator; and authored the Police Buildings Security Manual for the Abu Dhabi Police Service. Between 2016 and 2019 he served as a Crime Reduction Supervisor and DOCO with British Transport Police.

In this last role he managed a team of six DOCOs serving the rail networks of Scotland, Wales and much of England. BTP DOCOs are unique amongst their UK counterparts, in that their primary responsibility has in recent years concentrated on suicide prevention on the railways – a key issue linked to responsibility for safeguarding and vulnerability. As a result, Mark wrote BTP’s submission for the 2018 Herman Goldstein Award for Problem Oriented Policing, and when selected as one of the five international finalists, presented at the annual conference held in Providence, Rhode Island, USA.

Courtesy of part time study, Mark has a BSc (Hons) 2:1 degree in Social Sciences from The Open University; an MA in Public Order from the University of Leicester; and is at present completing his doctorate at Huddersfield University. The latter involves an investigation into the long-term (25 years) sustainability of CPTED (Crime Prevention Through Environmental Design) measures at seven inner city tower blocks in Birmingham.

He has also delivered presentations geared to Designing Out Crime related matters across the UK and as far afield as Canada, Australia and the United Arab Emirates.

In his spare time Mark is a keen gardener, mountaineer and was a pioneer of long-distance bike rides for charity e.g. San Francisco to New York, Lima to Machu Picchu and most recently, Solihull to Istanbul. A founder member of both the West Midlands Police and Police Sport UK Ski and Snowboard sections, he is national treasurer and continues to ski competitively for his original police force.

Most recently, in 2019 Mark joined the team of trainers at the Police Crime Prevention Academy.

Metropolitan Police Service
“This course will provide our staff with the theory and practical experience to enable them to make a positive impact and reduce violent crime across London”
Northern Ireland Policing Board
“We are delighted that a number of Policing and Community Safety Partnership managers have undertaken this qualification which will be of benefit to their work.”
Armagh, Banbridge and Craigavon Policing and Community Safety Partnership
“It is important that we invest in our staff to enable them to continue to provide an excellent service to our communities.”
Peter McCall, Police and Crime Commissioner for Cumbria
“This training not only benefits the PCSOs but will benefit the wider community and help victims feel safer in their own homes”
Fermanagh and Omagh Policing and Community Safety Partnership
“We are delighted that three PCSP Officers have received this training enabling them to provide specialist support throughout the district.”
Dyfed-Powys Police
“As a Force we are delighted to have only the second accredited cohort of officers nationally. Dyfed-Powys Police recognise the importance and benefit of crime prevention being pivotal to problem solving”
An Garda Síochána
“For our Crime Prevention Officers, the internationally accredited, Level 4 Certificate in Crime Prevention provided by Police Crime Prevention Initiatives Crime Prevention Academy, has instilled in them a greater confidence in carrying out their role.”
Hertfordshire Constabulary
“Providing front line staff with an enhanced level of crime prevention training and awareness allows our officers to engage with the public in terms of crime prevention, crime reduction and community safety.”
Derry and Strabane Policing and Community Safety Partnership
“Our two Lead Community Safety Wardens who completed the course were delighted with the standard of training they received.”
Metropolitan Police Service
“Using proven crime prevention methodologies, this course builds on their policing experience, enabling the officers to dispense expert advice to reduce crime. The accreditation is key to raising the profile, recognition and credibility of our DOCOs.”
PSNI
“This is first time that officers and staff from the Police Service of Northern Ireland and staff from the Policing and Community Safety Partnerships have taken part in the Level 4 Certificate in Crime Prevention course and they have all found it to be extremely helpful for their roles.”
West Midlands Police
"The training provided by the Crime Prevention Academy means that Design Out Crime Team in West Midlands Police can continue to deliver a consistently high level of service to the communities of the West Midlands."
Cheshire Constabulary
"It’s always essential to continually invest in your employees development. This qualification offers many benefits to further enhance knowledge and additional learning which will help the team provide an even better service to the public"
Sheffield Safer Neighbourhood Services
“What is exceptional about this qualification, in addition to the fantastic skills it provides for the participants and Sheffield District, is that it’s truly a partnership initiative. This course is the first of its kind, with officers from the Police, Sheffield City Council and South Yorkshire Fire and Rescue taking part”
PSNI
“We have just recently appointed a number of new crime prevention officers across our organisation and this training forms part of their continued development programme to become a fully accredited Crime Prevention Design Adviser.”
Dyfed-Powys Police
“We recognise Crime Prevention is pivotal to demand reduction and we intend to maximise this through the effective use of our specialist staff”
Natural History Museum, London
"Having this qualification really helps to underpin elements of our Natural History Museum security strategy around delivering an exemplary service and protecting our staff, visitors and the collection”
WMP Drugs Liaison Officer
“The crime prevention qualification will assist me greatly in my role as a controlled drug liaison officer, to be able to offer cost effective solutions within community pharmacies, vets and hospitals to ensure that potentially lethal medication does not get into the community and into the wrong hands causing significant harm.”